The Brisbane Clinic, a Specialist Medical Centre, Heritage Listed in 1992, was founded by Dr Jarvis Nye and designed by renowned Architect, Mr Raymond Nowland in 1930.
Drs LJ Jarvis Nye, John Bostock and John Power used the American Mayo Clinic in Rochester, as a model to create an ultra-modern group practice of its time with shared facilities to provide the latest in diagnostics and treatment. It was the first of its kind in Australia.
Dr Jarvis Nye had been a very successful practitioner in Atherton, with a largely surgical practice. He visited the Mayo Clinic for four months in 1924 and returned full of forward thinking ideas for the development of such a clinic in Brisbane. He met, by chance, a prominent Brisbane psychiatrist, Dr John Bostock. Using their own resources, they set about establishing the “Brisbane Clinic”.

They were able to obtain land on Wickham Terrace at the site of the original “Inchcolm” to start their prestigious clinic on the Terrace. The Georgian style building was drafted in 1929 and completed in 1930. The architect selected, Mr. Raymond Nowland, at the time senior architect with the Department of Public Works and was well known and regarded for his vision of a precinct of public buildings. Besides the Brisbane Clinic, Nowland designed the Police Barracks on Petrie Terrace, the Dental Hospital on Turbot Street, and the Medical school at Herston. His signature bronze lamps remain beside the doorway of each.

The building signage of The Brisbane Clinic was to set the doorway, but due to advertising restrictions at the time, it was then decided to script the words “Lux Sanat” which means Light Heals, with a lighted torch as a crest, very apt for such a place of healing.

Despite the headwind of the depression at that time, the Clinic continued to expand and the 50,000th patient was seen in May 1947.

In 1954 Dr L J J Sullivan took over the running of the laboratory that had been part of the facilities at the Clinic and the long association between what was to become Sullivan and Nicolaides Pathology and the Brisbane Clinic began.

In 1948 the building was extended to the rear with the addition of a second reception and stairwell area and six offices on each storey. In 2010, the new lift was added to the back of the building, featuring now the old with the new modern and complimentary architecture.

Today this Prestigious Heritage Building on the Terrace is still home to our many Specialist Doctors and flourishes for all their patients and staff alike.

Read our Clinic Creed written in 1930
view the Creed

1. Fear not the future, since to do so limits all activities.There is no disgrace in honest failure; there is disgrace in fearing to fail.

2. Whilst veneration of the past is at times legitimate and useful, it must be viewed impartially and without awe. The chief utility of history lies in the suggestion of ways and means to future progress.

3. Of all obstacles to progress, that of complacency is the greatest – towards its avoidance adopt the viewpoint that, however efficacious any line of treatment may be, it can be bettered.

4. The monotonous attention to detail, whilst absolutely essential to successful diagnosis and treatment, of necessity becomes fatiguing, it can be overcome by systemisation, and yet more systemisation – it is therefore obvious that the best clinical service can only be given by a team using every modern co-operative system – human and instrumental.

5. Disregard competition. Whoever conducts a case most efficiently has the right to be the practitioner in charge. It is criminal to decry another man’s ability or work in order to detract from his practice – criminal because one is then trying to lower for personal gain, the conditions of one’s fellow man, thereby essaying to rule by sentiment and force, instead of by intelligence.

6. Service must come before profit – To procure a profit is not inherently wrong, since without it, no practice can extend its scope. Profit is the inevitable reward of efficiency – it must never be considered as the basis, but rather as the result of good service. 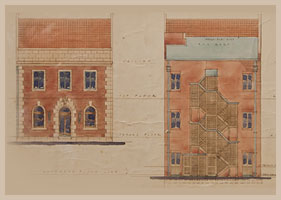 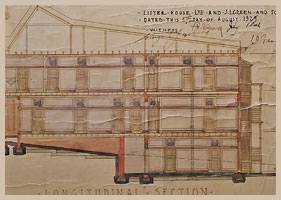 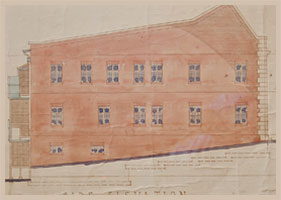